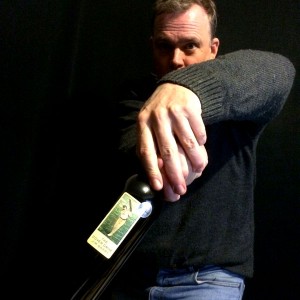 In episode 46, Brett bowled us over with his wine contribution, The Cover Drive from Jim Barry Wines.

The name is derived from the fact that Peter Barry bought an old cricket ground in the Coonawarra in 1997 and thought it would be fitting to name any wine he grew there after cricket or some aspect of the game.

He chose cover drive because it is a cricket shot ‘full of length and character’ and we think he was right on target.

This wine is confident and elegant, with subtle raspberry notes, a hint of chocolate and restrained tannins.

In fact, Steve suggested that if this wine were a cricketer, it would probably be David Gower, who was widely thought of as a strong, elegant, dashing player.

Do try some of this South Australian Drink Of The Week because it is more of a sure thing than expecting cricket at Adelaide Oval on Australia Day every year!