Democracy doesn’t work: It gets our preferences 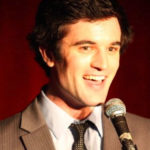 When it comes to political satire, Pat McCaffrie knows his stuff. He looks at the world through a piercing lens that strips naked the absurdity and danger lurking within our western democracies at the moment.

And so it is, that I wasn’t exactly sure when or how to laugh at times.

For a sizeable portion of this show, I was just nodding with agreement rather than laughing. I wonder if this is because our community is so polarised on political matters these days that Pat really only had one of two positions to choose from? And, because I am at his end, there wasn’t scope for me to be surprised, shocked or challenged.

In contrast, in Pat’s recent shows in Perth, he experienced audiences that were clearly at the other end (pro-Trump, pro-Hansen), and from his own reports, those audiences were not impressed.

This is going to be a tough era for political comedians; instead of dancing in minefields like the past, they’re now just dancing on brittle glass with little margin for middle ground.

There were laughs, though. Trump described as a self-saucing pudding (see the show for context) and as a Scooby Doo villain, worked very well, as did his 1984 allusions.

We need people like Pat, but I can’t help but wonder if there would be an even better format for staging his sharp insights so as to bring them to the stage with more coherence and transformative power?

Perhaps, dare I say it, could Pat do a grotesque rendering of a Q&A episode? Ouch, that bit hurt Pat more than anything else in this review, I’m sure.

The saving grace for those of us who care about our planet, our society and our community is that Pat’s existence reassures us that others can also see the bumbling catastrophe unfolding worldwide.

I suggest this is a show worth seeing if you need a politically existential pick me up.

And I also give Pat permission to reproduce and modify any of this review in a way that better supports his alternative facts.