142: Searching for Abbey Road in Adelaide 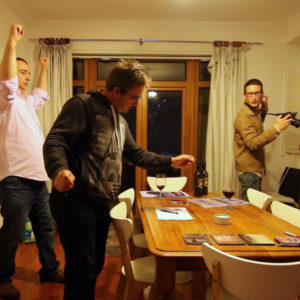 The Beatles album cover for Abbey Road, is iconic. As is Pink Floyd’s Dark Side Of The Moon, Nirvana’s Nevermind and the Velvet Underground and Nico’s self-titled album with Andy Warhol’s banana.

A man in Adelaide who is doing an increasing number of CD covers for local artists is Todd Fischer, and he joins us tonight to talk about the art of artwork for album covers.

We ask him if Adelaide will ever yield its own Abbey Roadesque album art? As well as get his insights to this particular and possibly fickle field.

Music is Thom Lion’s Mess At Best – Todd Fischer did the artwork for Thom.

The SA Drink Of The Week is Zeppelin Big Bertha Barossa Shiraz.

In IS IT NEWS, Nigel tests Steve and Todd on weird music.

Max Martin’s Made to Move Minute: Strength training to injury proof and improve your fun runs.

We have a Sydneysider before the Adelaide Visa Council.

But first, David Washington from InDaily with his midweek news wrap, Talk Of The Town.