For episode 142, we created these 2014 Zeppelin Big Bertha Barossa Valley Shiraz tasting notes, while ogling over the label. 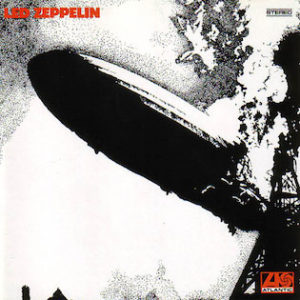 We were speaking about record labels and, of course, the album cover for Led Zeppelin’s self-titled album,pictured here, prompted us to choose Zeppelin; it was so ‘on song’ for the night.

Our guest, Todd Fischer, said he an his house mates had a bottle of Zeppelin because it is beautiful wine for a pleasing price; it is sub-$20.

In fact, it is a perfect winter drop and would accompany Led Zeppelin playing in the background, too.

This wine is inky. Steve said it was dark to the crimson end of the spectrum.

Nigel said the nose was fruity/fresh and he noticed the long legs on the glass.

The boys struggled to identify the dominant fruit flavour.

Steve said it’s like your tongue is a road and there is a speed hump of cherries in the centre of it, although Nigel said the fruit was more directed to the berry spectrum rather than cherry.

Simply put, this wine is enjoyable and a steal at its price.

Have a listen to our tasting; it starts about 6 minutes in.