135: The Irish Side Of South Australia 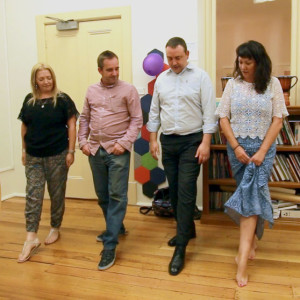 Somewhere over the rainbow is a leprechaun waiting with a big pot of gold. Or not.

However, South Australia was like that proverbial pot of gold when it became a sought after destination for Irish people fleeing their homeland in the 1800s.

Tonight on the show we have a PhD student, Fidelma McCorry Breen, doing research into Irish migration to South Australia and her friend, Ciara Merrifield, a local Irish woman who works in the field of human interaction and has plenty of stories to tell about being Irish in SA.

Music is a song we played back in 2013 in episode 9 by the Shambolics.

For the Made To Move Minute, Max Martin … Ratios In Weight Management. Value Of Muscle!.

In IS IT NEWS, Nigel quizzes us on our knowledge of … the Irish in South Australia.

On ReligionWho remembers this chap ?