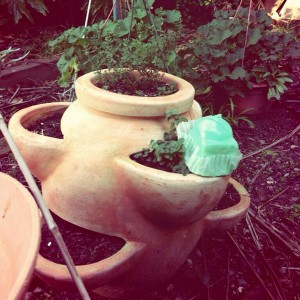 We have made our first half anniversary and as your three small amusements we proudly bring you another hour of chatter from Adelaide.

In this episode, Colin leafs through a 1914 copy of the Adelaide Register to find out what was amusing Adelaideans exactly 100 years ago.

This includes the Wundergraph – an 1800 seat cinema in Hindley Street playing films like the classic, Pearl The Detective. We’ll share the plot with you!

We thank an Adelaide businessman for his kind praise, approve PBA-FM’s The Show team for an Adelaide Visa (that’s the Frog Cake picture that one the day), and take great pleasure in rejecting the Visa of Fringe performer Austen Tayshus for an appalling tweet.

There is wine from Vinterloper, recommended to Steve by a Kiwi sales assistant in a Darwin liquor store, music from Lipsmack and plenty of kissing throughout the show.

Trevor Pomery from Golden North updates us on the great work of the community in and around their factory in Laura for unbelievably important work in fighting the recent bushfire.

And Colin rattles his pebbles, courtesy of one of his beloved puppies.

Shout outs: Steve and the team sent a cheerio to Ben Pike from Melbourne Street Cellars for his warm email thanking us for our podcast.

Stories without notice: Steve: Steve got to share a story about a python in the Darwin Botanic Garden. Colin: Sent cheerio to his vet at Semaphore for removing half a dozen river stones from his sick puppy.

Interviews: Trevor Pomery from Golden North Ice Cream about the work of the CFS and other volunteer services (including his staff) who saved the Laura factory and many homes and businesses fighting fires up north of Adelaide.

Stories From The Street: Nobody was on the street this week.

Adelaide’s Yesterdays with Colin: Colin reads through the ‘three little amusements’ advertised in the Adelaide Register exactly 100 years ago on February 20, 1914.