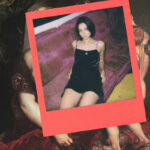 As much as Venus In Fur is funny, absurd, powerful, sexual, and challenging, this production is a masterful study in status.

David Ives’ Tony-award-winning play has a profound and timeless quality to it, one that is sure to maintain a steady course through our culture despite our various waves of awakenings such as Me Too. Indeed, this play covers the subterranean territory of the heart where our passions, fears, and yearnings lurk and evolve and, as such, is not a story that can be used to excuse or admonish our interactions with others, be they enlightened, broken, misguided, or abusive. We are each responsible for our own courses but in this story we get to glimpse our cauldron of motivations and stirrings.

And in this production, director, Daniel Lammin, has created (or collaboratively co-created) the perfect, mink-lined petri dish in which we can watch two humans react to, embody, and be affected by a story.

Venus In Fur begins with a playwright/director, Thomas Novachek (Wil King), venting frustrations to his partner on the phone at the end of a long day of fruitless auditions searching for the everywoman who can star in his show. And that’s when an actress, Vanda (Bridget Gao-Hollitt), breezes into the audition space and ultimately wins a reprieve from the tired, disheartened, and dismissive director, so he will stay and let her read for him.

What is beautifully evoked in these opening minutes is the contrast between the Novachek’s ideal visions of his actress and Vanda’ seemingly ditzy, frank, and lightweight disposition. And thus, the elements are aligned and as the reactions begin, every assumption we reach for gets pushed out of reach and overturned as we discover (along with Novachek) Vanda’s depth and virtuosic calibre.

This is made all the more believable by the depth and virtuosic calibre of King and Gao-Hollitt themselves. These two actors have been cast perfectly together. Gao-Hollitt’s physical beauty and height, along with her range of accents and emotions spark thunderously next to King’s diminutive stature and ability to display a character harbouring smouldering, conflicted emotions, impotent rage, and delusions (visions) of grandeur. There are only a few fleeting moments involving knives and phones when our suspension of disbelief falters, although these blemishes give us pause to glance and see just how far away from the shore of reality these players have led us; a testament to their skill.

These excellent performances are given flight by the deliciously sharp and pacy dialogue. And it starts early. Shortly after Vanda’s arrival and our collective suspicions that this actress will be out of her depth, she dismissively rebuffs Novachek’s mocking glare by casually dropping the line that, “I was amazing as Hedda Gabler.” It comes out of nowhere. It slaps us all in the face. It says, there is an equal and opposite force here and this actress will not be just another beauty in fur, this actress can see through everything. As she does. And the resulting conflict matches the thunder occasionally breaking in from the outside world, and we become transfixed by this storm of human thought and emotion playing out before us.

Venus In Fur satisfies because its actors plunge themselves deeply and wholeheartedly into this enthralling and tormentuous tale.