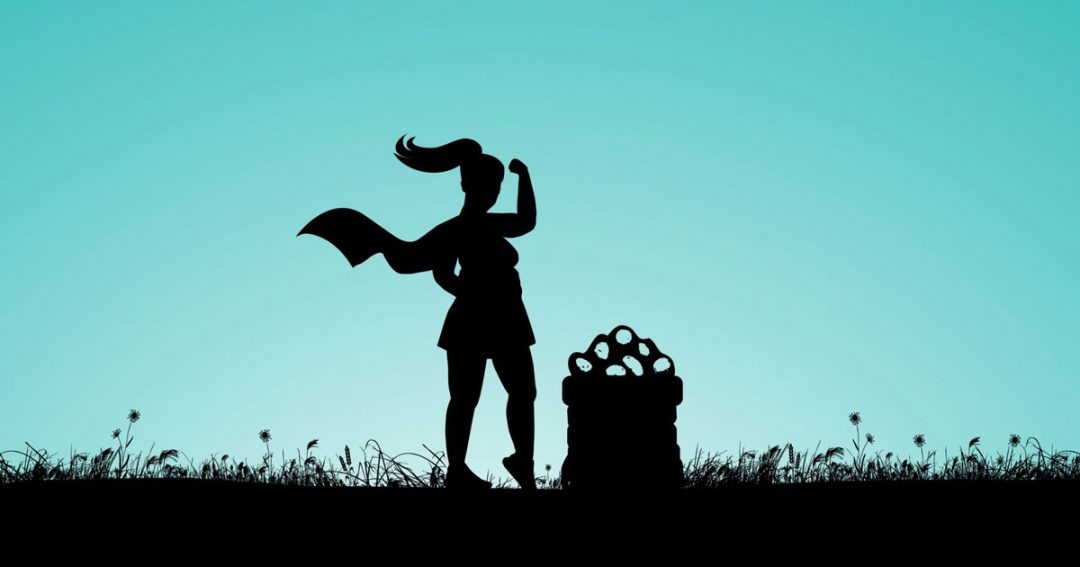 “Enough of the theatrics, Nikki,” bellows Bev, and if you’re not prepared for the style of this production you might be bellowing the same.

Director, Elena Carapetis, has pulled out all the stops to create not just a show about a story in a country town, but one that’s performed in a way that feels like a community production being put on in a country town’s memorial hall or institute.

Indeed, Melanie Tait’s country town stereotypes faithfully follow a predictable storyline of outsider returning to challenge the status quo, much like mechanical ducks rotating across the sort of shooting gallery that might be present on the sidelines of the country show for which the famed potato race is the main drawcard.

And herein lies the secret to this production. While the script flings multiple issues at us, from homophobia to racism, they are but like dollops and sprinkles of garnish to occupy us in the present, while all along the central theme of asking why we hold onto certain beliefs and traditions (in this case, why men compete for $1000 in the potato race compared to women competing for $200), is hidden in plain sight like a showground baked spud; it’s the thing that will provide us with ongoing food for thought once we’ve devoured the chives, sour cream, and diced, processed ham.

The main characters in this story are Bev (Carmel Johnson) and Barb (Genevieve Mooy), who head up the potato race committee, Nikki (Sarah Brokensha) who is a single mum, hairdresser, boys rugby coach, and many-times champion of the Appleton ladies’ potato race, her refugee friend, Rania (Susie Youssef), and the recently-separated, lesbian doctor, Penny (Anna Steen), who is the one who agitates to remove the gender gap in the potato race prize money.

Most of the characters are played in a larger-than-life, pantomime style, providing some high-energy moments such as Brokensha’s scene on the sidelines of a rugby game, and some thigh-slapping, wink-to-the-audience moments such as Steen doing the rounds to check donation levels in her fundraising tins. Furthermore, there are many scenes that are two-speed; we either have conventional conversation or schoolyard yelling with allusions of sitcom fisticuffs.

Amid the melodramatic Aussie accents and some fun, comedic passages (the Syria vs Afghanistan geography lesson, for example), there are some moments of truth and depth brought to life by Carmel Johnson. Hers is an outstanding performance, aided by Tait’s richer drawing of Bev’s character. Johnson’s performance is at once tough as nails with razor-sharp wit, while also belying a vulnerable person who dearly loves her community and family but is fearful about her health and her family’s plight.

Special mention must go to designer, Kathryn Sproul, and lighting designer, Nic Mollison. Together, they created an inventive space with plenty of regional Australian accoutrements, nifty fold-out tables for creating hair salons and doctors’ surgeries out of nowhere, and novel use of hand-cranked, flying banners.

The Appleton Ladies’ Potato Race is to the State Theatre Company’s program what a shandy is to a round of heavy ales and fine wines. And it just might be that through this “cracker of a show” (as one, 60-year-old bloke said on the way out) with plenty of froth and bubble, that some lessons are taught, some conversations are spawned, and some deeply-entrenched but hard-to-justify-with-logic positions might be nudged or changed.