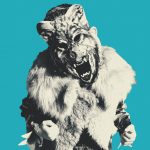 Martha Lott has returned to the stage for another one-woman show, this time about a mum and her eight year old boy who is “on the spectrum” and prone to violent outbursts and being misunderstood.

It’s a piece that has been based on “true life events” and, certainly, any parents of children in the modern education system will be able to empathise with many of the aspects of the story.

Of particular note is one story, recounted early on, in which the son, when aged three, had pushed a girl at childcare because she wouldn’t stop hugging him.

She fell on her bottom and the dreaded, imperialistic, cold, and accusatory “incident report” was written up.

This is a particularly important element of the narrative in this play, the way that our education department creates a vacuum between the parents of children involved in an “incident” and draws out a process in which the victim is given as much blame and responsibility as the perpetrator, in the name of even-handed balance.

The tut-tutting condenscension of school staff then find suspicion in everything, creating a form of institutionalised gaslighting for most parties to an event.

There is a hopelessness as a parent and the real risk, when trying to name this elephant of officiousness in the room, that a solution that might take minutes for parents to resolve, ends up evolving into one side being dubbed “that parent” and, in this case, “that boy”.

If for no other reason, everybody involved in childhood education policy needs to see this play and do some long hard, real-world thinking about the artifice of their methods.

There is much pathos in this story arising from a tragic blend of mental health issues and the consequences of some unfortunate actions acting as a catalyst for an ongoing domino effect of bad situation and bad decision piling one atop the other.

On a square set, the mum (Lott), relates her story to the universe sitting behind the fourth wall, as she works through the mundane acts of sorting clothes, searching for toys, and gathering scattered Lego pieces.

There are times when this incessant “duty” becomes bothersome and distracting but perhaps that was a deliberate ploy to draw us into the mum’s world.

While this style of storytelling can teeter on being declamatory, there are many passages throughout in which Lott transcends her “lot” and gives us deep glimpses into this mum’s world of doubt, double-guessing, fear, and love.

This is a very worthy play to see and should be mandatory for all boffins in charge of childcare and education.