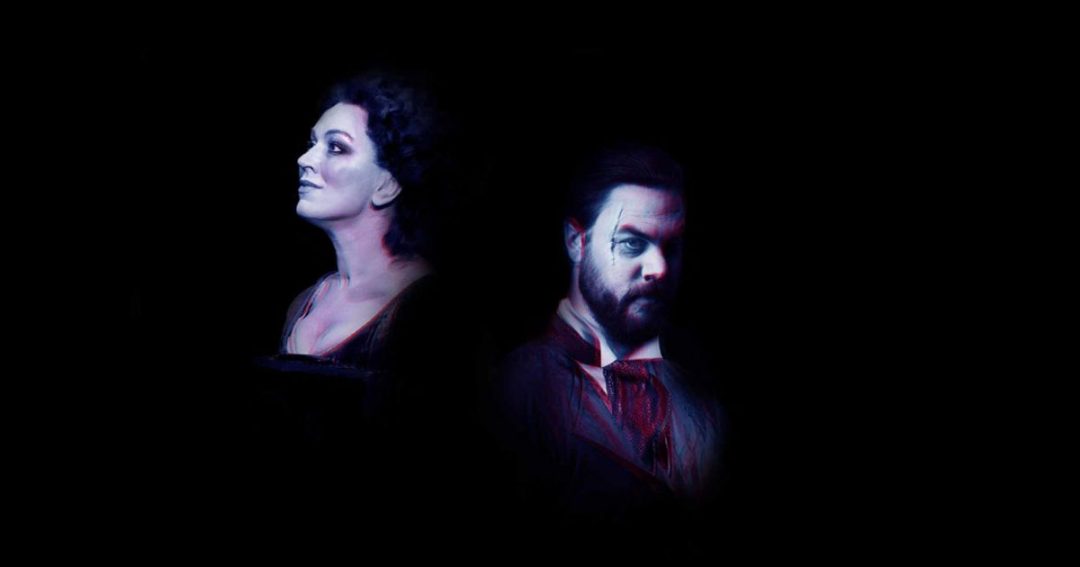 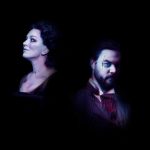 Attend this review of Sweeney Todd.

State Opera has brought the dark, Stephen Sondheim classic back to Adelaide for a virtuosic performance.

There’s no fog like a London fog and lighting designer, Philip Lethlean, has ensured we are eerily ensconced in a thick, green, “pea souper” as the gothic organ voluntary sets the scene for an evening of blood and pie crust.

Amid the sense of dread on the dark, dirty streets of Victorian London, Sweeney Todd (Ben Mingay) is a barber who returns home after 15 years in the penal colony of Australia to exact revenge on the corrupt judge who ruined his life. Judge Turpin (Douglas McNicol) had sent Todd to Australia so he could have his way with the barber’s wife. Todd learns his wife poisoned herself to escape the judge, according to Mrs Lovett (Antoinette Halloran) but had given birth to a daughter, Johanna (Desiree Frahn), who was now the judge’s ward. When Todd’s seafaring friend, Anthony Hope (Nicholas Cannon), encounters Johanna, he falls in love and hatches a plan to whisk her away from the judge, with some help from Todd. Driven by vengeance, Todd plans to use his role as barber to murder the judge but as his “vengeful god” takes over him, he begins murdering as many customers as possible while biding his time. His ex-customers are dispatched into Mrs Lovett’s pie shop below to become delicious fillings for her very popular pies.

While not typical fare for an opera, this dark and tragic, operatic farce, is brimful with laughs and surprises and rewards audiences with exquisite and powerful music and song.

Mingay is perfectly cast as the brooding and terrifying Todd, his voice filling Her Majesty’s Theatre as richly and moreishly as Mrs Lovett’s fillings fills her pies. Halloran, however, is equally as dominant and she has the audience eating out of her hands from the first bars of The Worst Pies In London. These two lit the stage as much as their characters darkened it; both sinister and driven, both commanding of presence.

McNicol’s Judge Turpin was twisted and dangerously broken. He particularly rose to great heights of villainy in the private moments of self-flagellation and rumination. His partner in villainy, Beadle Bamford (Mark Oates), was played in an equally “despicable” manner, albeit with extra maniacal gusto, especially in his hilarious scene playing songs in Mrs Lovett’s sitting room.

It’s been 34 years since State Opera performed Sweeney Todd at Her Majesty’s and just as the Batman franchise has grown darker and more angular in recent times, so, too, has Sweeney Todd. While the 1987 set was fine for its day, Roger Kirk’s 2021 set has gone bolder and more ominous, with his deft, centrepiece a movable cube featuring a baker shop below and harrowing barber shop above, complete with obligatory chute for “meat deliveries”. All about Mrs Lovett’s home, the rest of Kirk’s London, is timber, stone, and shadow; a place were people hold on for dear life rather than “live”.

The whole experience of Sweeney Todd is made even more compelling by the orchestra, conducted authoritatively by Anthony Hunt, and often rising to fever pitch in this rollicking and howling musical horror show. Although some of the performers’ microphones seemed a little “hot” at times, State Opera’s 2021 Sweeney Todd is as satisfying as clean, cool shave.