Paul McDermott – PLUS ONE Paul McDermott - PLUS ONE 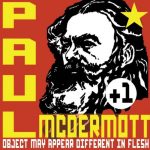 The spirit of Paul McDermott, seems to be his angelic boyish charm and evil wit.

It’s what has endeared him to audiences from The Big Gig to Good News Week.

Complete with his voluminous, bushy, grey beard and shoulder length locks of silver hair, McDermott commands the Rhino Room stage with ease, accompanied by his “plus one”.

Opening banter about Covid (very common on stand-up stages these days) is given a fresh twist, contrasting South Australian attitudes with those of our Eastern states comrades.

As he heads into deeper, sharp reflections upon Covid, he remarks that he often forgets he is meant to be putting on a comedy show. And, indeed, there are times when we would agree with him.

The opening 20 minutes of the show contains Covid sermons, banter, and a couple of songs of mild amusement, before the spirit of Paul McDermott can hold back no more, and it breaks free.

We hear heavily-laden songs about ScoMo and Pete Evans as the show becomes a dark Hillsong experience, in which hypocrites and charlatans in power are mocked with religious fervour.

And thus, McDermott hits the escape valve for all of us, deflating the pent up pressure and tension that comes from feeling helplessly trapped in a world controlled by spin and fake news.

It is irksome to be reminded again that we need to rely on sharp, clear-sighted, emperor’s new clothes-declaring comedians like Paul McDermott to shine a light of truth and reason on our world; stepping in to cover where the Fourth Estate has either fallen asleep, been distracted by pop stories, or has been running it’s own agendas to support their proprietors’ interests.

And then, finally, in an act of pure redemption, McDermott and his Plus One, left the Rhino Room stage, only to regroup a hundred metres from the venue and launch an impromptu performance on the footpath.

Some 45 minutes later, the crowd finally dispersed, having witnessed the rebirth of the Adelaide Fringe spirit in one of Australia’s most noteworthy comedians.