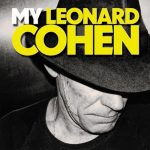 Everybody knows you should just buy tickets for any show Stewart D’Arrietta announces.

In this year’s version of My Leonard Cohen, D’Arrietta dwells even more deeply in the songs he’s chosen for his beautifully balanced set.

Along the way, he breathes more life and depth into some songs than was ever possible for the master himself. My Secret Life is a great example. While Leonard keeps his version tripping forward at a constant pace, Stewart’s arrangement brings new timing and pace and allows more undergrowth to bud and flower; simply by enabling the grand songwriter to loosen his grip and quit moving so fast.

Bird On A Wire allows lead guitarist Marty Hailey to take flight. This is our first real glimpse of his consummate playing ability. By flipping his guitar and playing “slide style”, he transforms this outfit into one that would have made Leonard proud. It had me asking for just a little more.

The master stroke in this production is the traditional Jewish rendition of Dance Me To The End Of Love. Once again, this song was accompanied by tears (as it was last time) as Stewart sets up the context in which Leonard wrote this iconic song. From Jewish musicians forced to serenade new arrivals to the Nazi death camps, this arrangement takes us deep within those despairing, resilient hearts as they embraced the panic, “faced the music”, and defiantly danced to the end of love amid burning violins. My favourite, Michael Kluger, drives this song with his piano accordion, providing the pace and pathos needed in this mournfully triumphant track.

And just when you think this show has been as sublime as it could be, A Thousand Kisses Deep takes us at least that deep into the universe of Cohen. D’Arrietta’s performance delivers emotion, embodies love, and commands our attention with its brooding restlessness and acceptance of the late stage in the race of life. But still, there’s that Leonard wink to the audience that he’s still in the race!

Of course, Leonard is no longer in this race. His race finished in late 2016 but his spirit was summoned tonight with all its playfulness in songs like I’m Your Man, Closing Time, and Tower Of Song, and in its pure, unadulterated devotion and infatuation in songs like So Long Marianne and Hey That’s No Way To Say Goodbye.

Some closing surprises included the ethereal sound created by the whole band and the vocals of Emily Kelly in First We Take Manhattan. There was a haunting quality to this song; guided by the beauty that is Cohen.

And there’s no surprise that Stewart finished with the ultimate Cohen anthem, Hallelujah. The guttural power and poignance of this dark and earnest psalm of the heart was truly in evidence tonight. The spirit of the auditorium was raised to the heavens, as D’Arrietta paced the floors of this song and sang the truth, he didn’t come to fool us. Was this a version worthy of Leonard? Yes, it was, and I even heard the angels declare it from above. And if you don’t believe me, believe the hundreds of people who all took to their feet to give this man and is band of earnest troubadours a standing ovation.

There ain’t no cure for missing a Stewart D’Arrietta show!