The Dark Seeds – the songs of Nick Cave The Dark Seeds - the songs of Nick Cave 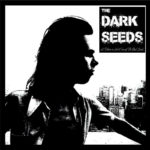 The spirit of Nick Cave was channelled in Adelaide tonight as The Dark Seeds took to the stage to pay tribute to the Aussie storytelling and songwriting legend.

There was a hint of Nick when the band first took to the stage, as we spied Brett Monten’s generous white cuffs squawking and flapping about at the end of his black suit sleeves.

The band wore its music like Nick Cave wears his suits, neat and tight, and from this base we caught another glimpse of the Dark Lord of Australian Rock, as drummer, Stephen “Bazz” Barry drummed and sang us through The Weeping Song, accompanied by Brett Monten as “The Son”. It was a classy rendition and it was the moment that drew a line in the sand and stated, this band is not doing Cave Karaoke, it is actually summoning the essence of Cave.

Some random, minor sound issues pestered a couple of songs before Brett Monten became Nick Cave; from the base of his being to his Red Right Hand. This was a no-holds-barred gear shift in the show and Monten OWNED it. At that moment, he was a tall handsome man on a gathering storm and he had us eating out of his red right hand.

This show is an interesting selection of Nick Cave material, at times capturing the hypnotic and mournful, at others it rumbles and roars with the gutteral power that Cave and The Bad Seeds are masters at conjuring.

This show moves to the Grace Emily for its final two performances and you must promise two things. Firstly, go there to drink deeply at the well of darkness and desire that Cave has curated and created so powerfully over the years. And, secondly, demand, demand, demand that The Dark Seeds perform an encore. If you leave without hearing Tupelo, this beast will cometh down and stand with you until we can listen to the beating of their blood.