Episode 008: Look At My Freckle 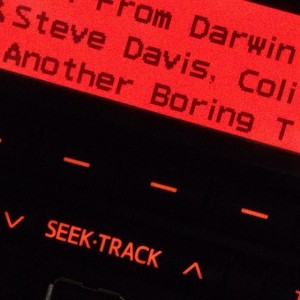 This week, Steve is back in Darwin and beaming in via satellite with his bottle of St Hugo Cab Sauv from the Coonawarra, while Colin and Brett enjoy Two-Bit Sodas in the Adelaide studio.

Heather Frahn whips up a frenzy with her song All Living Beings, and we learn about all sorts of things, from the ‘boring’ monarch our beloved city is named after, to Adelaide’s sweet dessert spots – let alone Colin’s particular spot that needed a good inspection!

Shout outs: Staff who were serving at Cold Rock, the Parade, Norwood on Saturday afternoon, October 12, 2013, got a cheerio for holding Steve’s car keys that he left on the counter. Likewise, staff at The Shoe Shed, Norwood, got a cheerio for letting Steve’s daughter use the staff toilet while he was buying a shoes. Alexandra and Caitlin Davis got a cheerio for doing our little voiceover snippets through the show.

Stories without notice: Colin’s revelation that he had his ‘freckle checked’ took the others by surprise and ended up being the namesake of this week’s episode. Steve shared his story about using the Suburban Taxis app to order a cab. He chose the message, ‘Please do not toot’, only to have the cabbie blast his horn upon arrival in the early hours of Wednesday morning. As they drove off, the Indian taxi driver showed him the message and asked what ‘toot’ meant. Brett shared a story about a weekend of activity at the Brickworks Markets to show support for stallholders who are about to be kicked out by Woolworths so it can open a new supermarket.

Adelaide’s Yesterdays with Colin: Queen Adelaide – the woman behind the name. Read more about the ‘boring’ Queen.

Brett’s Musical Pilgrimage: Heather Frahn, All Living Beings. This song sparked great debate and interest. It is pro-veganism and the three boys are meat eaters. Great songwriting to be able to stir the emotions and thoughts so well. Thank you, Heather.