Episode 004: From Darwin With Love 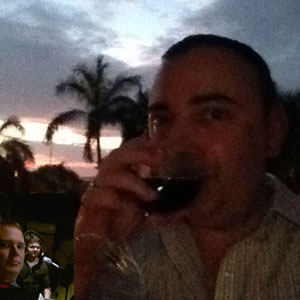 This week, Steve is in Darwin leaving Brett and Colin to behave themselves together in Adelaide, which works well, except for some mischief with the wine. So the fourth episode of Another Boring Thursday Night In Adelaide can actually be described as 3000km wide!

In the Adelaide Visa Council this week we introduce the Court Of Appeals and note some reformed behaviour.

We also celebrate 40 years of the Adelaide Festival Theatre, go Walking With Thieves, and mourn the loss of the City Baths.

Stories without notice: Colin talks us through White House Down, Brett shares his inner-geek weaknesses by revealing his passion for the game, Ingress. It is a game that makes nerds use their smart phones as compasses as they go orienteering around the city and suburbs in search of invisible tokens. Steve shares his Darwin Mantra On Esplanade Hotel experience with his second fire alarm evacuation in the small hours of the night in two visits. He also talks about his visit to the Royal Adelaide Show and ponders what you would put in an Adelaide Showbag? Colin thinks there should be a Peter Goers mask… and what about one of Don Dunstan?

Adelaide’s Yesterdays with Colin: In a year of 40th birthdays, we congratulate the Adelaide Festival Theatre on reaching this significant milestone, learning that the designing architect was responsible for many other notable Adelaide and South Australian public buildings and spaces. We discuss the loss of the City Baths and the state government printing building to accommodate the Festival Centre and the ever under-utilised plaza next door.

Brett’s Musical Pilgrimage: Brett reviews a song by Walking With Thieves, called Cannon. It is a piece of power music with very well managed vocals that build into a tempest. A young Adelaide band with a great future! You can hear the song at the end of our podcast.