036 – Adelaide and the psychology of boredom 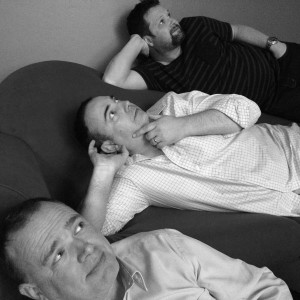 Well it only took 36 episodes but finally the boys have wound up on the psychologist’s couch.

Yes, we know the couch is a cliche but we certainly DID have a consultation with one of Adelaide’s leading psychologists, Alexandra Frost from Attuned Psychology in North Adelaide.

The Adelaide psychology expert granted us an interview to help us understand boredom and why some people in Adelaide and interstate are so quick to label our town as such.

You guessed it. It’s THEIR problem, not Adelaide’s!

Also tonight, with Adelaide Lord Mayor, Stephen Yarwood, joining our podcast next week, we thought we’d warm things up by looking at the diverse history of people who have worn those shoes before him and answer questions like which Lord Mayor has three playgrounds named after him? And which one made the world smell nice?

In Brett Monten’s musical pilgrimage we cover a deeply moving song by Heather Frahn called Always With You.

Plus we have wine from the Coonawarra, we discover how everything’s up in Hindley Street’s strip club scene, get an expert opinion on the silly Mazda survey question discussed last week, and tip our hat to a local man who was once part of the Home And Away cast.

PS We also set the ground rules for determining the correct pronunciation of Gouger Street.

Intro: Our original theme song is here, Adelaidey-hoo. Note, throughout the podcast we also use free sfx from freesfx.co.uk for the harp, the visa stamp, the silent movie music, the radio signal sfx, and the swooshes around Siri.

Shout outs: Steve mentions BringCast a great podcasting app for people with Windows phones. Steve also says hi to David Jobling, a new listener who is an actor and lecturer about town who will be known to some, including my mum, as Jim from Home And Away – Jim was a slightly evil character involved in a cult series of episodes a few years ago. Brett sent a cheerio to Lucy.

Stories without notice: Colin raised the Gouger Street ‘Goo-jer / Good-jer’ pronunciation dilemma.
Steve reports on the Crazy Horse reporting that things are on the up, due to football being in the city on weekends.
Andrew Bell from Baker Marketing, one of Adelaide’s leading market researchers, chips in on last week’s Mazda Australia questionnaire with a quip or two.
Worth noting that a marketer and avid traveller from Melbourne, Tamara V aka @tamvyn on Twitter, tweeted, Guys, i really really want to fall in love with #Adelaide, but i’m struggling. I pictured more cute & charming. Maybe not in right area? Steve asked how the opinion was formed, she said, Hm. Good question. People I guess. “Oh u’ll love it! It’s like a large country town!” To me this signifies “charming”.
Colin on the Adelaide Hyperlapse video.

Interview: Alexandra Frost, an Adelaide psychologist who runs Attuned Psychology in North Adelaide, chats with the boys about the origins of boredom, why people easily label towns (like Adelaide) or people as boring, how to combat boredom and some other unexpected offerings.

Adelaide’s Yesterdays: With the Adelaide Lord Mayor position in the news, Colin looks back at the histories of some of Adelaide’s Lord Mayors, ahead of us having the current Lord Mayor, Stephen Yarwood, on our show next week in episode 037.

Brett’s Musical Pilgrimage: Heather Frahn returns to our podcast with Always With You.

Here is the time lapse video Colin discusses in the show: