030 – Adelaide Can’t Get No Satisfaction 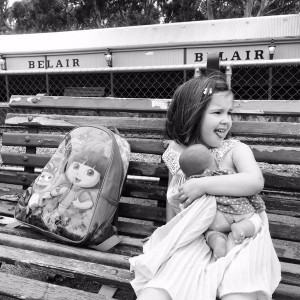 Some haunting lyrics from the Rolling Stones’ (Can’t Get No) Satisfaction, set the scene for this week in Adelaide.

Mick Jagger had terrible news about the death of his girlfriend, postponing the much-touted launch concert at the Adelaide Oval, meanwhile we all scratched our heads after the election having realised we’re set for a hung parliament at a crucial time in South Australia’s history.

In Adelaide’s Yesterdays, Colin takes us on a tram ride through yesteryear, while Steve and his daughter have fun meeting strangers on the train to Belair.

There’s also another ripper South Australian wine thanks to Sue from Vintage Cellars in Darwin, music from The Timbers – the track reputedly used on board the Sea Shepherd to rally the troops – and an Adelaide link to Cyclone Tracy and wheelbarrow production!

Shout outs: Steve sent a cheerio to Sue at Vintage Cellars in Darwin. Brett sent one to Virginia. Colin to Ilana at Hollick Wines.

Stories without notice: Steve talked about a trip on the train to Belair and shared a quick interview with passenger, Karen from Aberfoyle Park. Colin shares his disappointment in The Advertiser’s poll accompanying the story about the death of Mick Jagger’s girlfriend. Brett tells about a disastrous gig on the weekend with a happy ending!

Michael Hawkes from Captovate in Darwin – the former Adelaidean shares a story about his father, Ian, moving to Darwin just before Cyclone Tracy to work in the construction industry. Timing is everything! Ian turns 80 this weekend. Happy Birthday.

Adelaide’s Yesterdays: Colin takes us on a tram ride through Adelaide’s vibrant network of the past.