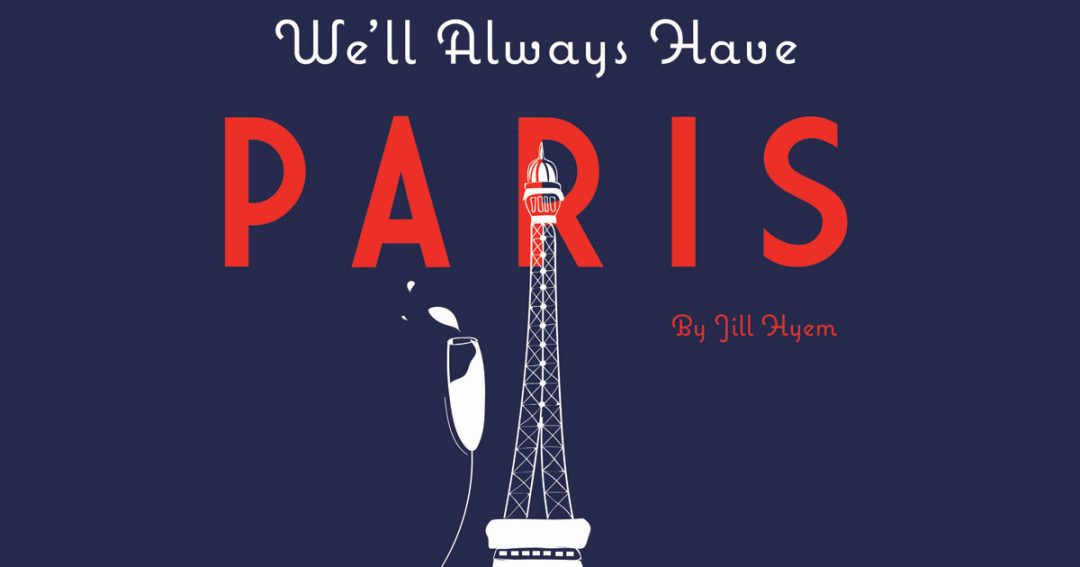 Three school friends who are English ladies of a “certain age”, attracted to Paris for various reasons, reunite in this play of light entertainment, produced by The Adelaide Repertory Theatre.

We’ll Always Have Paris revolves around Nancy (Deb Walsh), who is a retired headmaster from England, now living in Paris in an apartment rented from a rather severe landlady, Madam Boussiron (Vicky Horwood). When her friend’s long-time incapacitated husband dies, Nancy invites Anna (Lindy LeCornu) over to stay with her for some respite of her own. She also decides to invite a mutual school “friend”, Raquel (Sue Wylie) over for a welcome meal.

The three main protagonists have three different types of relationship with men. Raquel seems to enjoy or endure a revolving door of husbands and lovers, Anna has long-suffered with one man despite a fling in her past, while Nancy seems to have a solitary existence, enjoying the safety of her own company and her platonic friendship with the apartment building’s handyman, Charlot (Peter Davies).

We soon learn there are tensions within the trio and we also observe Anna’s gradual “thawing out”, which attracts romantic interest from Charlot.

Writer, Jill Hyem, has kept the polite (and only occasionally saucy) storyline, one that clips along at a steady pace, routinely adorned with moments of wonderful wordplay (especially between Nancy and Charlot) and witty oneliners.

The Rep team has crafted a wonderful set, featuring a kitchen, dining, and living room space, bordered by a rounded staircase on one side and, suitably, some French doors on the other which we assume lead to a balcony overlooking the street.

Deb Walsh holds the production together with a solid performance, exuding her matronly style, and Sue Wylie excels as the “cheeky” and brash Raquel, especially in her first and last scenes. There is an odd scene in which she is dressed down in tight jeans with hair drawn back, which casts her in a different light, almost looking like a different character or like the actor in a rehearsal. That aside, when she is fully coiffed, she lifts the production to great heights with her energy.

And an extra note about Peter Davies. He hovers beautifully between man-comfortable-in-his-own-skin and man-as-fish-out-of-water amid the ladies. His Charlot is gently and warmly played. And that similarly sums up the production: We’ll Always Have Paris is a light comedy, gently and warmly played by The Adelaide Repertory Theatre.