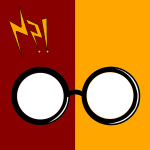 South Australian improv comedy group take us back into the Wizarding World with the hilarious untold, unofficial and completely improvised stories of the series’ supporting characters.

With witches, and wizards, and magical beasts, Scriptease is back again with UnPlotted Potter for their fourth year. The group put on a show about a new character in every performance, with over 150 supporting characters to choose from, no show will ever be the same. With the character being chosen by the audience and random selection, there’s no way to know where the story will go before it starts.

UnPlotted Potter is perfect for casual and hardcore Potter fans alike, and the show is a great introduction to those new to improv performances. And unlike some plays that will remain unmentioned, they try to stick as close to Harry Potter cannon as they can with the help of audience members, which can result in unexpected trajectories of plot.

The group hardly have a pause as scenes flow from one to another, and any bump in the road causes the story to twist into hilarious proportions. The entire performance is filled with energy and light-hearted fun, with none of the cast afraid to do something silly or run along with someone’s slip of the tongue.

The casts physicality and acting really make the show, especially with some of the stranger characters like owls, house elves and trolls. Their actions and miming are also really easy to follow and allow for an engaging story experience.

Do be warned that as the show is improvised, anything could happen, including things not appropriate for younger audiences.