Time Out with Ross Voss

Time Out with Ross Voss 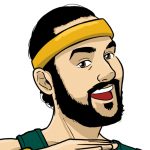 When you go to see Time Out with Ross Voss it is anything other than “time out”.

From his supernerd opening to his different varieties of joke telling, Ross rewards audience members who can keep up with the pace and pay attention to the gameplay.

In Ross’ show, a sports timer is use to countdown to the end of the show and to mark the passing of each “quarter”.

Just like a coach ringing the changes on field at quarter time, so, too, does Ross.

With each new quarter, we get a new style of comedy from narrative storytelling to zingers.

This is not an elaborate show but it is a great showcase of an experienced comic hitting audiences with his best shot(s). Despite the team sport analogies, Ross puts himself on stage in the spotlight just like a solo sports star lining up for the grand final play off.

And Ross seems to relish this challenge.

Behind the scenes, Ross lives and breathes his art, organising Cranker Comedy on Tuesday nights, The Gov’s Variety Show on the first Saturday of each month, and various other comedy and theatre projects, let alone a challenging and curiously addictive card game, Eat It.

Make time to spend an hour with one of the stalwarts of the Adelaide comedy scene before the Fringe is over and have a taste of Edinburgh at the Astor Hotel.