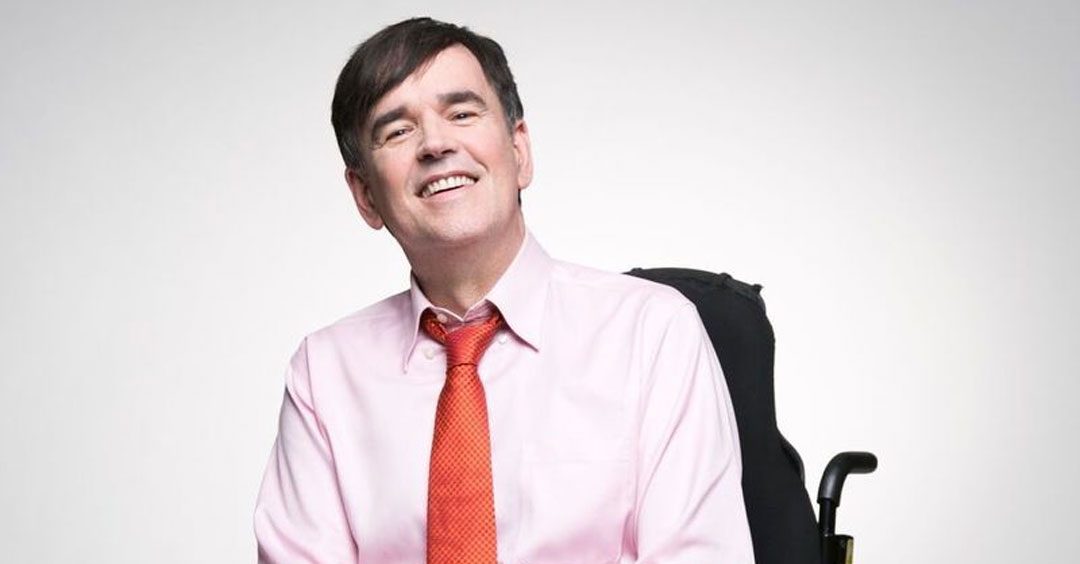 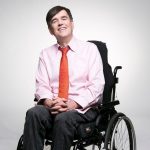 Tim Ferguson: A Fast Life On Wheels trundles us through Tim’s life, from the heady, freezing days of busking in Canberra to his now accomplished position of teaching comedy and being sought out to produce comedy as he travels the world.

For anyone who grew up with The Big Gig, Don’t Forget Your Toothbrush, or any of Tim’s other comedic escapades, there is much to relish in this reflective, fireside-style chat. Tim leaves few stones unturned, apologising for abusive letters sent to a female TV critic (we live and then learn, he notes), and revealing a warts-and-all look at life with MS (wouldn’t there be times you’d like to be wearing nappies, he asks).

Along the way, he regales us with stories littered with his comedic quips and twists. Yes, he is living proof that comedy lies under every rock and in every sentence, you just need to know how to extract it.

Tim shares stories about his dad, Tony Ferguson, who was a Vietnam War correspondent and the first journalist to release news of the Tet Offensive. He then went on to become the executive producer of This Day Tonight and Four Corners at the ABC, constantly pushing the boundaries and paying the prices. It seems the apple did not fall far from the tree!

Amid the fun and nostalgia, there are some deep themes underpinning Tim Ferguson: A Fast Life On Wheels, namely that people with disabilities often have a disability in one part of their lives (the rest of their being shouldn’t be thrown out with the assisted shower water) and that life does throw curve balls, especially the gravest one of all, death, so instead of dwelling in fear of its inevitable arrival, we should be summoning our strength and raising our middle fingers to the ultimate last laugh of the universe!

In Tim’s words, too many of us are lazy and spend all day complaining. He notes that we have first world problems with lists that stretch for pages while people with Third World problems tend to only have three; need for food, need for water, need to avoid being killed. His message to us is to shift our focus and do what we can to enjoy this short life, even if that means we sometimes forget our toothbrushes!