The Alternative Comedy Festival at Sparkke at The Whitmore

The Alternative Comedy Festival at Sparkke at The Whitmore 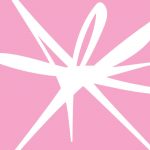 The new venue at The Whitmore was literally only hours old when its cherry was popped by a three course comedy review. And alternative it was, as in alternative to the usual comedy show that mostly involve men. For this was a show by three women.

Courtney was first up after a few years away from Adelaide over in the big smoke with tales of a previous boyfriend and black and white dick pics. Evidently a creative fellow. She entertained us with a variety of tales from Brian the Dog, sisters mangled fingers and mums having affairs. Great observational comedy from life’s experiences done well.

Next up was Wendy who needed little time putting a few commenters back in their place. Tales of Port Pirie, meetings with ex’s and relatives, she was pretty relatable for those from out of town and carried her comedy with confidence and passion. Three pretty good songs on acoustic guitar helped round out her show which was edgy and on topic.

Last up was Emma Hogan and she did a great job of deadpan observational comedy. From her run in with annoying men, mermaid girls and life as a dragon. Emma should probably have warned about mermaid tail unboxing videos on YouTube as I’ll be needing some therapy for that. The best of her show came towards the end with the life as an accidental teenage boss, working in food retail. Sardonic humour, witty observation and plenty of interesting but disturbing tales rounded out a great show.

Make sure you see this show fast as it’s only there for three nights.