My Leonard Cohen: This is called love for the workers in song 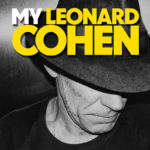 I am sure Leonard will be looking down from his tower of song at Stewart D’Arrietta and giving My Leonard Cohen his blessing.

I say that as a Leonard Cohen aficionado who is entrenched 1,000 kisses deep into the works of the late master and who stands ready to defend his legacy with my hatchet blunt and bloody.

But none of my pre-show concerns were warranted because halfway through the opening song, D’Arrietta had worked his magic (this is the crucial moment for entrenched fans, yield here and adjust your expectations or it will be a long way down, a strange way down).

Firstly, we knew this was not going to be Leonard Cohen mimicry.

Secondly, we were then able to readjust our expectations and focus on D’Arrietta’s voice, which is like an unchained beast that spends 75 minutes crawling across sheets to howl at the beauty of Leonard’s lyrics.

The magic of this show resides in the way that D’Arrietta’s voice and arrangements take Cohen’s works, strips them to their essence and then builds something new with the materials.

With snippets of dialogue between songs shedding some historical light and context on the works, I found myself rediscovering many Cohen classics anew.

Leonard was always surprised and appreciative when other performers covered his songs and I am sure he would feel the same about D’Arrietta’s show, possibly even seeing this work as an engine of survival for his legacy and profundity.

While each song in the act is given due respect, there are some that warrant special mention.

Tower Of Song inflames the pathos and comedic self-deprecation of the original, Suzanne breathes new zest into this master, and Dance Me To The End Of Love is an absolute show stopper. I won’t reveal why this is the case but I can put on the record that D’Arrietta’s revelation of Cohen’s inspiration for writing this song is so haunting that I wanted the witnesses to be gone so I could fall to the floor and weep at its poignant beauty and its tragic stoicism.

It is hard to peg D’Arrietta’s voice, which flits between Tom Waits, Richard Clapton, John Swan, later Normie Rowe and even Billy Field. It has intrinsic, big band polish entwined with street-fighting chutzpah.

My Leonard Cohen is NOT the show to see if you want to explore the soft, gentle, tender Leonard Cohen. It is for the brave who are happy to hear Leonard’s songs make their way along boogie street, with upbeat tempos, unleashed guitar and some swirling accordion. I kicked myself that I didn’t buy a CD on the way out so I could treasure the evening for longer.

In essence, D’Arrietta has applied himself as a fellow worker in song; looking at lyrics and music and rearranging them in his own way. Of course, I’d always prefer to have the real Leonard on stage, but for D’Arrietta I’d make an exception.