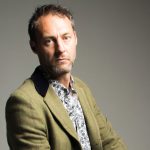 Am I right wing? No. Am I left wing? No. I am a mongrel mix of items from across the spectrum of politics. As was most of the audience watching Leo Kearse: UK Comedy Award Winner – Right Wing Comedian at the Austral Hotel last night.

Leo is deservedly an award-winning comedian. Challenged by a small audience, he maintained pace and energy and the “crowd” responded generously.

There is something important about seeing Leo’s right wing comedy, especially for those of us who share almost nothing in common with people at that end of the spectrum; tolerance. For left-leaning Fringe goers, this is a useful opportunity for getting the measure of your “opponent” rather than making assumptions about their beliefs.

Of course, tolerance can be bandied about in a falsely pious way to camouflage pure rudeness and bigotry and hatred, but Leo is quick to point out that his brand of “right wing” is more about smaller government rather than marching minorities to death camps. And so he delivers an hour of stand up material that has all the clever twists and turns you’d expect, with the difference being that most of his material is based in politics; party politics, geopolitical politics, and sexual politics.

As you’d expect, there are plenty of stereotypes in the content and frank admissions of privilege but that doesn’t stop Leo mining every sensitive topic he can think of.

While he makes the “brave” statement that the right wing is not immune from having bad ideas, Leo does us all the service of prodding the blind spots of society. He calls out the vicious way people on the far left have become hyper hostile and mean in attacking anybody who veers slightly from the “party line” (a line which seems to move hourly). In fact, both ends of the political spectrum seem to have much more in common than the middle!

Don’t get me wrong. There is material here that will genuinely offend some audience members but there is some value in exposing your political sensitivities to this show, to test where you stand on various issues. As you hear yourself laugh, or not laugh, as the various themes are covered, you will leave with a sharper understanding of where you sit on the political spectrum.

This is not a polished debate primer but it is a show that should spur some robust discussion. So go with some friends and leave some time afterwards to let the discourse begin, brothers and sisters!