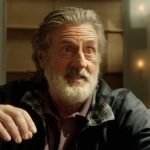 The Belle Époque or Beautiful Epoch was a period of French history that dates from the end of the Franco-Prussian War in 1871 to the outbreak of World War I in 1914 and in the film, La Belle Époque, this is a reference to that time in a relationship when things are beautiful and full of wonder.

La Belle Époque is one of the main features in the upcoming French Film Festival which will run from March 17 to April 14 at the Palace Nova cinemas.

It is described as a romantic comedy and Philippe Platel, Artistic Director of the Alliance Française French Film Festival, says for French audiences it is a laugh-a-minute movie.

At the media screening this week, it is fair to say the film wasn’t a thigh slapper for the Anglo audience but it was enjoyed deeply.

This inventive flight of fancy involves a special experience company that lets high-spending customers choose a time from history to visit and then, through intricate film sets and casts of actors and extras, they recreate the time, place, and characters to make the client’s wish come true. Behind the scenes, the action is filmed for a reality TV show.

Our main protagonist, Victor (Daniel Auteuil) is in his 60s and upon being cast out from his wife, Marianne’s (Fanny Ardant), life, takes up the offer of using the special history service and asks for a particular date in 1974 to be recreated; the night he first met Marianne.

While there are many aspects that remind you of The Truman Show, the atmosphere of the film conjurs memories of the surreal cinematic experiences created by Charlie Kaufman in movies like Being John Malkovich.

This film has plenty of comedic moments but equally, if you are given to nostalgic recollections of past loves and decisions, then this film will deliver much bittersweet pathos.

La Belle Époque is worthy of being enjoyed as a delicious course in a French film feast that spans grit to fantasy.

Some films that promise enjoyment during the festival include:

DEERSKIN (Le daim)
Director:  Quentin Dupieux
Cast:  Jean Dujardin, Adèle Haenel, Albert Delpy
With his life in disarray, Georges might not be able to control his circumstances but he can control his wardrobe.  Believing that the deerskin jacket of his dreams is the answer to all of his problems, Georges’ delusions gradually increase each time he wears it, edging his obsession closer to a violent delirium.

FAREWELL TO THE NIGHT (L’adieu à la nuit)
Director: André Téchiné
Cast: Catherine Deneuve, Kacey Mottet Klein
Muriel, a respected member of her idyllic local community, is horrified to discover that her visiting grandson, who claims to be heading to Canada for work, has in reality been radicalised by Islamist extremists.  His plans to fight for ISIS in Syria expose this ordinary woman to a moral dilemma of heart-breaking proportions.

THE LOST PRINCE (Le prince oublié)
Director: Michel Hazanavicius
Cast: Omar Sy, Bérénice Bejo, François Damiens
Djibi, a devoted single father, transforms into a heroic Prince in the nightly fairy-tales he tells his beloved 7 year-old daughter, Sofia. But as the years pass, Sofia is ready for her own stories with different heroes.  But is the Prince ready to become just a memory of his daughter’s childhood?
THE MYSTERY OF HENRI PICK (Le mystère Henri Pick)
Director: Rémi Bezançon
Cast: Fabrice Luchini, Camille Cottin, Alice Isaaz
The late Henry Pick, in life an unassuming Breton pizza marker, is celebrated as a brilliant author when a lost manuscript, attributed to him, becomes a literary success.  But one outspoken intellectual thinks the whole thing is a sham, and, after losing his wife, his job and his prominence due to his opinion, decides to uncover the truth.
PROXIMA
Director: Alice Winocour
Cast: Eva Green, Zélie Boulant- Lemesle, Matt Dillon
As the only woman in the European Space Agency astronaut-training program, single mother Sarah struggles with guilt over the limited time spent with her young daughter, which escalates when she’s invited upon a year-long space mission – Proxima – forcing her to choose between her work and her child.

SPREAD YOUR WNGS (Donne-moi des ailes)
Director: Nicolas Vanier
Cast: Jean-Paul Rouve, Mélanie Doutey, Louis Vazquez
Christian, a visionary scientist, studies wild birds. For his son, a teenager obsessed with video games, the idea of spending a vacation with his father in the middle of nature is a nightmare. However, father and son soon bond over a daring project to save an endangered species, which takes them on an incredible journey.