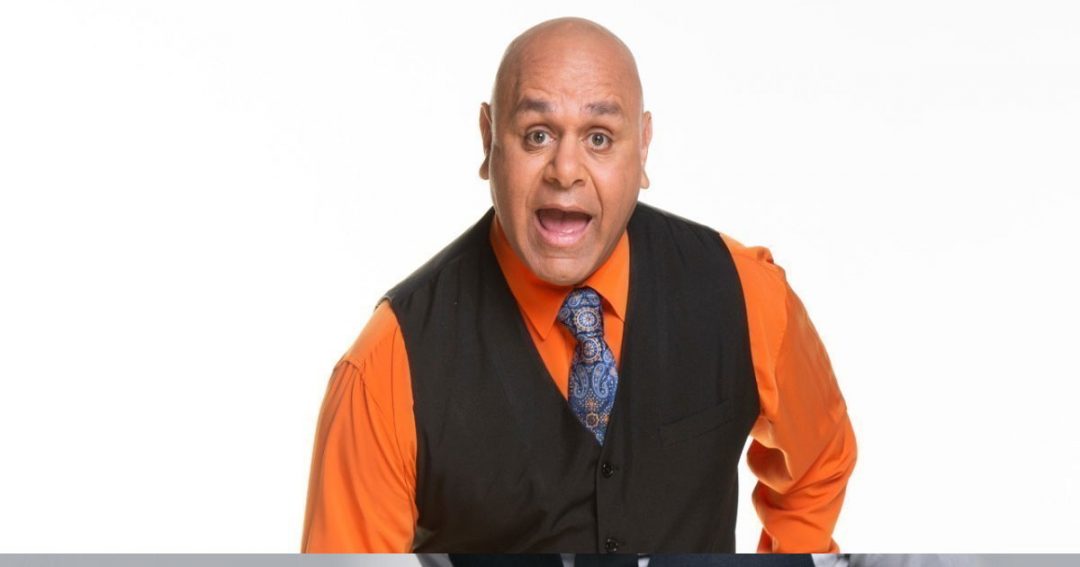 Kevin Kropinyeri who is proudly culture-forward in his act and in this way he shares much in common with Italian, Greek, Scottish, Vietnamese, and Indian comedians currently working the circuits.

The difference with Kevin’s work and that of these other comedians, is that instead of just dwelling on cultural differences between his “group” and the “mainstream” aka white Anglo narrative, he goes deeper into some personal territory about life values.

After setting the ground rules for the evening (yes, white people, it’s okay to laugh along with us my black brothers and sisters), Kevin unfolds a story about his life and family.

His act provides a fascinating glimpse into Aboriginal culture, from growing up at Raukkan (at Narrung), spending time in Murray Bridge, and then spending time in various gaols before he made some concrete decisions in his life.

There’s an earnest thread that runs through his show, puctuated by some classic, stand-up fare.

His common refrains of deadly, sister-girl, and married-up, bring those of us who are not First Nations people along for the ride.

There were even glimpses of Dave Allen, during some of Kevin’s exasperated moments.

Apart from a lesson in the various shades of black skin that exist throughout Aboriginal communities and families, there is also some dark content to this show.

Kevin’s frank insights into the abusive behaviour of the father in his life in his early years are particularly grim before being brilliantly juxtaposed againsed the wise and life-giving decision he made to forgive his “old man”.

Coupled with this is a story of redemption with a haunting recollection of his stern “mum” who loved him enough to discipline him.

This is not a show of constant, laugh-out-loud moments, but rather a warm and candid audience with an Aboriginal man who is centred and driven enough to share an honest story about his experience growing up as an indigenous person in Australia.

Kropinyeri’s show is an important contribution to Adelaide Fringe culture, and the general community. Highly recommended for empathic Aussies.