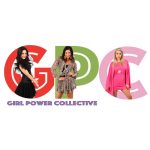 Stop right now, thank you very much, there’s a special mindset you need to get the most from Girl Power Collective.

You need to enter this space to celebrate all things “girl”.

It’s not a show about womanhood, sexual politics, or other noble and lofty themes, it is an hour of sugar and “spice” and all things nice.

Yes, there are some darker storylines touched upon in the narrative sequences between songs but this show puts the songs and the “girls” on centre stage.

There were plenty of men in the audience on opening night and plenty of those men were smiling and clapping along, intriguingly, even through Raining Men!

But that’s the sort of night this is. A night where girls (and guys) can wink and smile at each other and just have some play time; a sanctuary from the gnawing issues that will still be waiting when we leave. In many ways, this show captures that style of cheeky, girly confidence in songs like The Power Of Spice:

We are Spice Girls yes indeed, just girl power is all we need
We know how we got this far, strength and courage and a wonder bra

And even though most of the songs are about boys (as so many girl band hits have been), there’s something indulgent and empowering about getting one’s hair done to then go out and let it down.

As the writer and mastermind responsible for bringing these “divas” together, Becky Blake has added her signature touches like having the trio mingle through the audience at certain points as they belt out the anthems; making us feel very much part of the show.

We have much respect for the amazing Becky Blake on The Adelaide Show (you should hear her in episode 131) but Chloe Castledine and Sarah Lloyde hold their own with their own brands of vocal power.

It is pure pleasure to be in the company of this trio. You won’t be changed by this show, but you will leave feeling like a Goddess on the mountain top.

If I could paraphrase The Andrews Sisters, they’d put it this way:

They are amazing singers out from Adelaide
They have a way of singing no one else could play
They are the top girls at their craft
And if you don’t see their show, then I will know you are daft
They’re at the Arkaba, and other venues too
They’re the Girl Power Collective and they’re here for you
Toot-toot-toot, toot-diddelyada, toot-diddelyada …