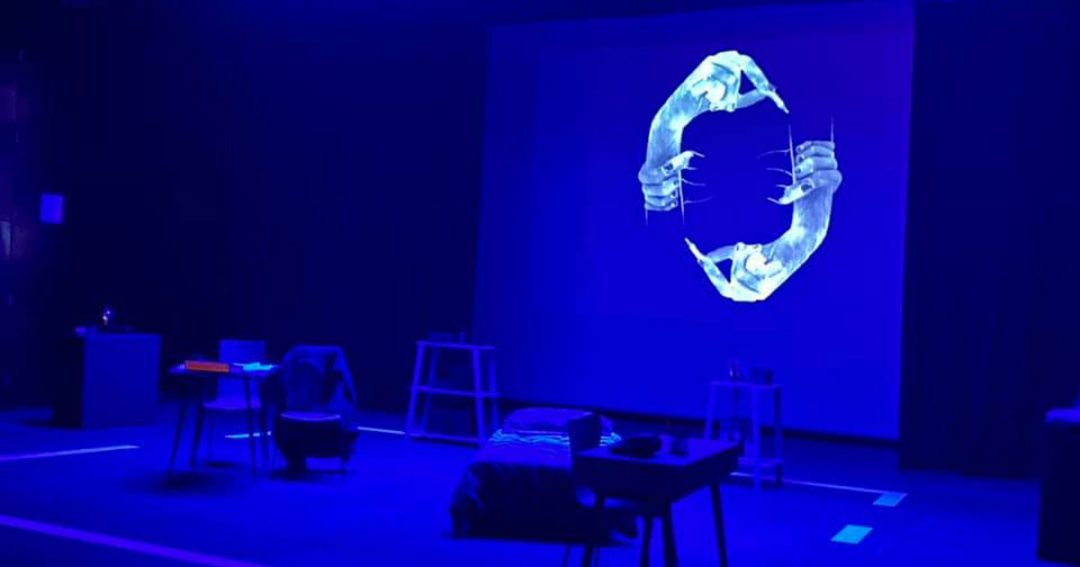 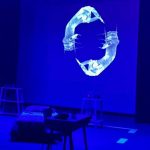 Where does a writer end and a character begin?

This is an idea explored intriguingly by playwright, Dawson Nichols, in the Galleon Theatre Group’s production of , Escher’s Hands.

The title is drawn from a fascinating lithograph by the Dutch artist M. C. Escher, called Drawing Hands, in which two hands have arisen from a sheet of paper and are engaged in the paradoxical act of “drawing one another into existence” (Wikipedia).

And so, in Escher’s Hands, we have two writers engaged in a collaborative writing exercise in which they not only have been tasked with creating a story, but also with developing characters jointly.

It sounds straightforward until each writer observes the direction the other is taking, and the characters the other is drawing, and use their “turn” to steer things back towards their version.

Our writers, Gary (Andrew Clark) and Sandy (Brittany Daw), are almost instantly engaged in a dynamic of creative tension. On one hand (so to speak), they pledge openness and flexibility, while on the other they harbour urges to control the narrative. Clark and Daw capture this chemistry well. Clark oozes world weariness, while Daw has a deep, magnetic presence that locks our eyes onto her whenever there’s a hint of her speaking or reacting.

Our “actors”, Gabriella (Rose Harvey) and Steve (Thomas Filsell), are drawn before our eyes and just like puppets on strings they shift and change gear at the whim of each writer. Until they don’t. Harvey brings a curious and complex mix of behaviours and dispositions to her role as the “hooker”. At once she is self-conscious and awkward, then equally as self-assured and dominating. Her costume choice was perfect with her blouse set in a casually provocative manner that matches the myriad of defensive and offensive positions she adopts throughout the performance.

Likewise, Filsell brings a kaleidoscope of characters to his roles, albeit his are played within a much more reserved and subtle range. His is the least drawn of the characters and is moreso the object of dramatic developments rather than the prime mover.

Director, Kym Clayton, has created a believable and surrealistic world that is a joy to witness at Marion Cultural Centre. A simple set of writer’s desk, bed, coffee station, and bathroom, on a bare and open stage area defined by outlines and lighting, leaves the story on centre stage. And a video message from playwright, Dawson Nichols, at the beginning of the show gives us a great sense of being “in” on the journey we are about to undertake.

Escher’s Hands is a night of sophisticated fun with a smattering of belly laughs and gasps. Highly recommended.