Duncan M. Turner – The Ends Is Nigh

Duncan M. Turner - The Ends Is Nigh 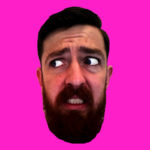 Well, now that we have the show title correct we can move onto the rest of the performance.

With some improv HipHop we were straight into it with humorous observations of life as a receptionist for a school of sciences and the stories of the strange callers he endures.

Duncan keeps up a great pace and is soon hopping past Alpacas, Revelations and the insidious US corn lobby.

With the crowd warming up well and laughing we’re soon onto the dark humour of MRI’s.

There’s a fantastic plan involving Zombies and the theme of suicide with a nice local setting just to help along the Adelaidean.

Duncan, self described as “nerdy and overbearing” runs the show well to the delightful sounds of a sketchy text to speak countdown and we’re left with an ending not quite as dark as expected.

Excellent and hilarious show, catch Duncan at The Producers in his short but enthusiastic season.