Kel Balnaves – Yeah, Good On Ya

Kel Balnaves - Yeah, Good On Ya 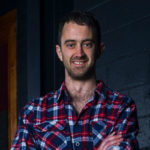 Yeah, good on ya, is what you should say to yourself if you’ve bought a ticket to see Kel Balnaves at the Adelaide Fringe.

But I don’t mean that in the ironic, sarcastic way in which Kel uses the term in his show, but rather, as a figurative pat on the back for choosing a show that is a refreshing blend of comedic elements.

At first, we are greeted by a Leunig-style vignette that sets up Kel’s character as being the lanky, awkward, loner. There is plenty for him to mine with this character, but instead he then transitions to a solid serving of traditional stand up.

There is an ironic undercurrent to this show.

Kel has a number of audio segments that lampoon the brain-dead, overly-ocker noise known as commercial FM radio. And yet, his on-stage voice is a classic, Crocodile Dundee-esque “Strine”.

There is one difference though: Although some of Kel’s anecdotes are exactly what FM brekky jocks beg listeners to call up with, he actually delivers some sharp observations.

One authentically LOL quip related to him losing his password, getting a chance to reset it, but then being asked to fill in the captcha form to “prove he is human”.

There is nothing more human than forgetting your password, he exclaims.