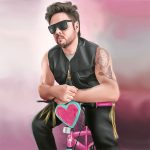 Having met Nicky Boy Nick Stevens recently for an interview on The Adelaide Show Podcast, it was quite an eye opener to witness a gentle, quiet guy transform into a truly “bad daddy” on stage.

And such is the joy and attraction of stand up comedy. Someone can be meek and mild at one moment and then a raging maniac once they’re on stage with a microphone in their hand.

In Bad Daddy, comedian Nick Stevens tells many disarmingly frank and intimate stories about his lead up to becoming a father before delving into his journey of fatherhood in which his partner separated from him and took their daughter with her.

Stevens’ set is an interesting experiment in how far you can push an audience away from you by denying them access to any stories that might build empathy.

From opening material about his Victorian hometown where many single mums (including his sister) have many children, where most people are the fattest in the nation, and where there is the highest concentration of pedophiles in Australia, Stevens serves up some acerbic one-liners that take no prisoners (not even those on home detention).

He then bitterly and methodically works through the story of meeting the mother of his child, their estrangement, and his fish-out-of-water experiences in dealing with her upper socioeconomic family from Beaumont.

There’s a darkness to Stevens’ comedy, punctuated by many surprising one liners that catch you off guard, blended with some occasional absurdity that bring great relief and keep us all in the same orbit.

And yet, despite all this, he finishes sweetly with a twinkle in his eye and his “daughter” on stage.

It is a demanding show for audiences as you get shunted along Nicky Boy’s emotional roller coaster, gasping for laughs as you might gasp for breath with every twist, turn, rise, and fall.

The support act is newcomer, Rick Carter. Rick is in his early 70s and believes he’s just fought off cancer. He says “believes” because he hasn’t gotten around to having that tested yet.

His set delivers well beyond expectations when you know he is only taking to the comedy stage for the first time.

Yes, he keeps his script with him on stage, but there is a masterful structure to many of his stories. Indeed, Carter rightfully earns many guffaws from the audience as he shares some eye popping stories about his proctologist and some of the celebrities he worked with back in his talent management days.

When he strays into his theories about alternative approaches to health and fighting cancer, he has been careful to be disarmingly self-deprecating and to not preach, thus keeping his audience on side and protecting himself from medical lawsuits!

It is clear that Nicky Boy’s mentoring has given Carter a firm foundation to build upon, should he decide to take to the stage again. There seems to be a goldmine of stories waiting to be mined and with further mentoring and stage time, Adelaide will have another comedian on call and ready to perform at a moment’s notice. Just maybe not at the Royal College of Oncologists!

Bad Daddy is an interesting night in which you get to experience raw talent, up close, and most likely be nudged or pushed outside your comfort zone, which is precisely what the authentic spirit of the Adelaide Fringe is all about.